35K leads in 20 days with a Messenger referral – Case Study

The goal of the project was to gather as many Facebook Messenger subscribers as possible via a viral giveaway.

We nailed it! We just run a Referral Marketing campaign via Facebook Messenger (with a giveaway bot).

Btw, Viral Loops for Messenger is live on Product Hunt!

A little context before we proceed.

Yava is the biggest gym chain in Greece, with 50 branches throughout the country.  They came in touch with us to help them build a huge giveaway.

The giveaway through the referral marketing bot runs in a time span of 20 days; that means that we gave 1 trip every single day!

The flow of the giveaway was exactly the same as any referral giveaway:

Users participated by subscribing and could get more entries (increasing their chances to win a trip) by inviting their friends and family to participate as well.

But there’s a twist.

As I wrote in the beginning, the goal was to gather messenger subscribers. Up to now, giveaways that worked with a referral marketing program registered participants with an email address.

That means that after grabbing the users’ email address, we should email them in order to subscribe to the page’s Messenger.

We knew that our funnel would leak a lot. We would lose a huge number of people that could potentially bring us more participants.

This approach canceled the very reason we decided to go with Facebook Messenger for the giveaway in the first place; it’s the platform with the highest rate of use, with open rates that put every other platform to shame.

So, the question emerged:

“We have the technology for the referral system. How we take advantage of it without losing leads trying to convert them from email to Messenger subscribers?”

We had to get email outside of the equation, and there was no system that could do this.

We had to build it a giveaway bot ourselves. And goddamn, we did it!

We’ve built the product, run the giveaway and (as the title of this post gives away), we managed to gather 35K Facebook Messenger subscribers in 20 days.

How we made it happen

We took all the knowledge we had on Messenger bots (and especially Manychat) and created a seamless referral marketing experience.

By using the flow we created in Manychat we were able to track every referral (who invited who) and provide the extra entries for the giveaway accordingly.

This way the audience was able to participate in the campaigns from inside Facebook Messenger, and directly invite their contacts. It was a bit tricky at first, but the final result inside Manychat looked like this: This exact flow, combined with Viral Loops’ technology for referral marketing bots, could be your best friend for running giveaways.

All you have to really do is:

That’s it. Not joking!

Viral Loops for Messenger is live on Product Hunt!

Now, back again to the case study!

We had the tool (referral bot), and we had the flow.

It was about time to find the ways that people would be able to discover and participate in the giveaway.

Obviously, the first thing we needed was a landing page that converts.

We included the main call-to-action above the fold and added a counter to communicate the sense of urgency.

Below the fold, we included as much info as possible about the rules and prizes of the giveaway.

By clicking the call-to-action, users were asked to give permission to be subscribed to the Referral bot, and thus, participate.

Since Facebook is the “father” of Messenger, we had to go hard with it.

We scheduled posts that spread the word about the campaign, including all the details in the copy, and the URL that people could use to have a chance to win. We did the same with Instagram posts and boosted them with ads to get in front of as many eyeballs as possible.

Paid advertising offers a good initial boost, but we also need a great deal of organic reach in order to reduce the CPC of the campaigns.

We managed to do so by taking advantage of Manychat’s Comment to Message Growth Tool, as you’ll see in the screenshot below. 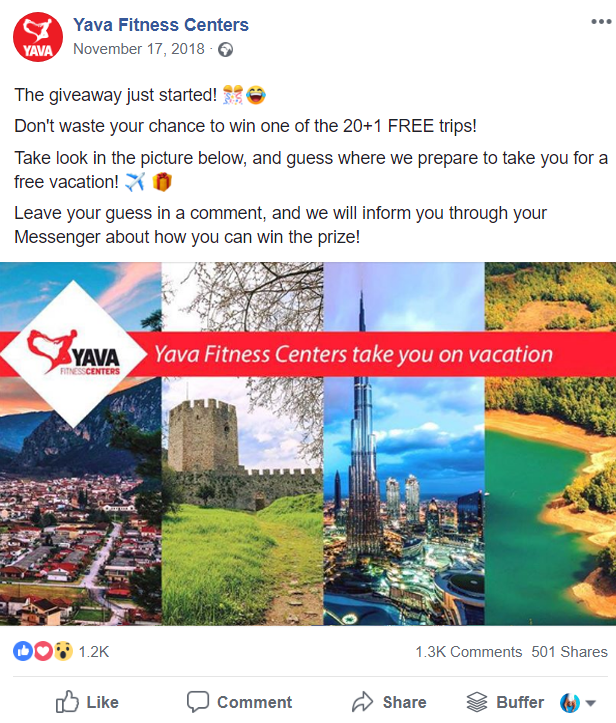 A widget/popup was also added on the company’s website, aiming to inform mobile or desktop visitors about the giveaway and prompt them to subscribe to Messenger and enter the giveaway.

Since the company is the biggest gym chain in the area, we knew that we had to also leverage the people that hit the gym to exercise. For that reason, there were banners in each gym with a Messenger scan code (another Manychat Growth Tool) that also included a clear direction on how people can use it to participate in the giveaway.

About 8K people subscribed using the scan code from the banners.

At this point, I have to tell you that before the actual giveaway begun, there was a short pre-launch period (8 days).

This was also implemented using the same referral marketing bot.

We decided to give a head start to the existing gym members, website visitors or social media followers; this also allowed us to test the potential demand for the giveaway. 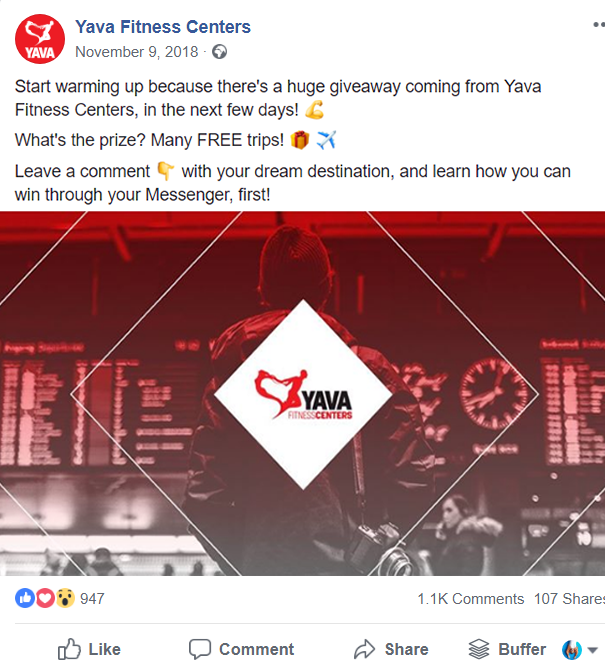 Whoever left a comment under the post received a message to their Messenger through the referral bot, asking for their permission to subscribe them to the pre-launch. The same applied also for people that came from the widget on the website, or the banners located in the gyms around the country. As soon as the giveaway launched, those users received the following message: Let’s have a look at how the flow looked like for people who got into the giveaway after the official launch. The last card is what we named “personal invitation”, which prompts the user to share about the giveaway after they subscribed.

The rules of the giveaway were very simple:

By entering, users got ONE entry for the daily raffle– since we could give 20 free trips, we decided to have 1 winner every day for 20 days.

In order to obtain more entries, the users should share about the giveaway with their friends/network. Every time a friend of theirs subscribed for the giveaway, the referrer gained 10 extra entries.

The flow we’ve built did all the referral tracking, and the subscribers could go back to Messenger at any time and find out how many entries they have, simply by typing “Entries”.

The fact that even if a user didn’t win the one day, (s)he could keep the entries gathered, allowed us to follow them up via our referral marketing bot in order to help them boost their referrals. 2 days after entering the giveaway (by using a smart delay), users received the following message: A similar message was sent after another 2 days (again with a smart delay). Now that I gave you the small details about the campaign, let’s see some numbers.

During a time frame of 20 days:

The last piece of data shows us that 48.8% of participants came to the giveaway from a referral.

After the campaign ended we were really happy with the results. Our experience has shown that the performance of every campaign relies on luck, only by a small percentage.

We knew that we did something right with our Referral bot, and we wanted to document it!

It all came down to 5 things:

Why run a referral marketing campaign via Messenger?

The explanation is simple. Messenger as a platform has better engagement (open rate, CTR, etc.) than any other platform right now, and people are really used to using it. It’s easy for them.

And the most important; their friends are used to receive content from them.

In addition to that, your brand/company can really start a more human conversation with its audience.

Now if you’re not very interested in the human side of these things, I have one last card in my sleeve:

You can download your Messenger subscribers’ psids directly from Manychat & and use them to build audiences for your ads. Just be gentle with that, ok?

Want to build your campaign?

We got your back, partner!

We can help you set up your campaign and start collecting leads! 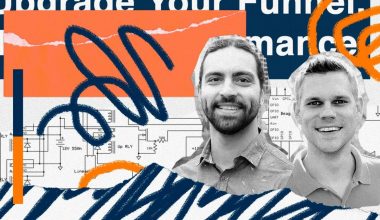 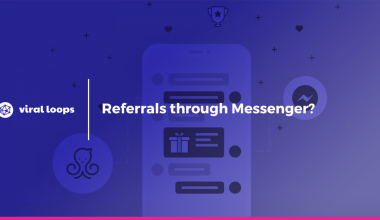 Learn more
This is going to be huge! This is what my gut’s saying. It’s an idea that has been…