But what I know is that if something happens to one of the things I own, it would be a huge bummer. I guess it’s the same for every person with any property.

When the Chinese and the Babylonians started practicing their methods for transferring or distributing risk for their goods, during the 3rd and 2nd millennia BC, respectively, they couldn’t possibly imagine that there would be a whole industry about it.

Yet, here we are (me writing, and you reading) a case study about Insurance Market; a service that does what its name promises.

In a few words, Insurance Market helps people find an insurance plan that fits their needs.

A few months ago, they decided to create a Messenger giveaway as a mean of generating and nurturing leads.

Let’s see what the campaign looked like and how it performed.

An overview of the campaign.

Inspired by a campaign from one of our other clients- which managed to gather 35K leads in 20 days with a Messenger giveaway, Insurance Market decided to have daily winners, plus a big winner at the end of the campaign.

As I’ve mentioned in the past, this is an excellent approach as it gives participants a constant incentive for engaging with the giveaway.

On the one hand, people understand that even if they win nothing the one day, they will have another shot the next day.  But apart from that, just by announcing the daily winner provided the brand running the campaign with a social proof “boost.”

The reason that Insurance Market choose to run the campaign via Facebook Messenger is simple:

They wanted a solution that would make it easier for the user to participate (people know how to use Messenger) while having the opportunity to gather as many data as possible with the least amount of touchpoints with the user.

To build the campaign, Insurance Market used our Messenger Bot Giveaway template, and the flow inside Manychat looked like this:

One of the campaign’s goals was to acquire and nurture leads that would be later converted by buying car insurance.

So “car” was the keyword, and the prizes should resonate with the needs of a car owner.

For the daily prize, they gave a $20 credit for gas. They would announce every daily winner at the end of the respective week. 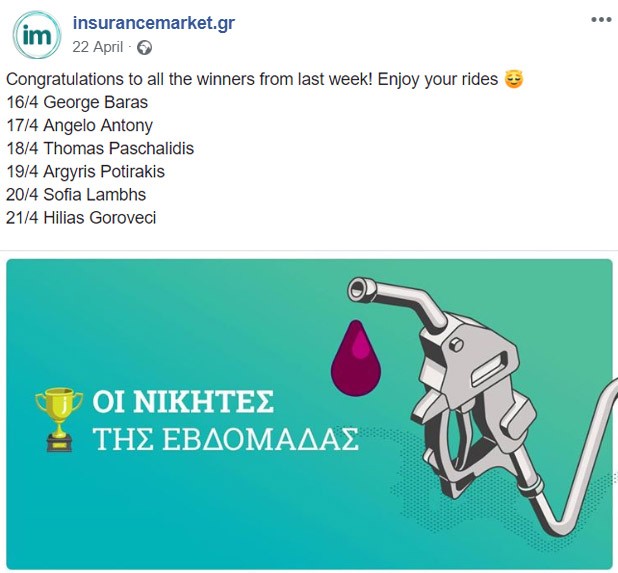 But as I explained at the beginning of this article, Insurance Market offers a broader spectrum of insurance services- not just cars.

The big prize should be something that resonates with a broader audience. Even if someone doesn’t have a car, they might be interested in buying life insurance.

It was decided; one user at the end of the campaign would win a pre-paid card with $250.

No one says no to some extra cash.

They announced the big winner with a Facebook post, and also informed them with a direct message. 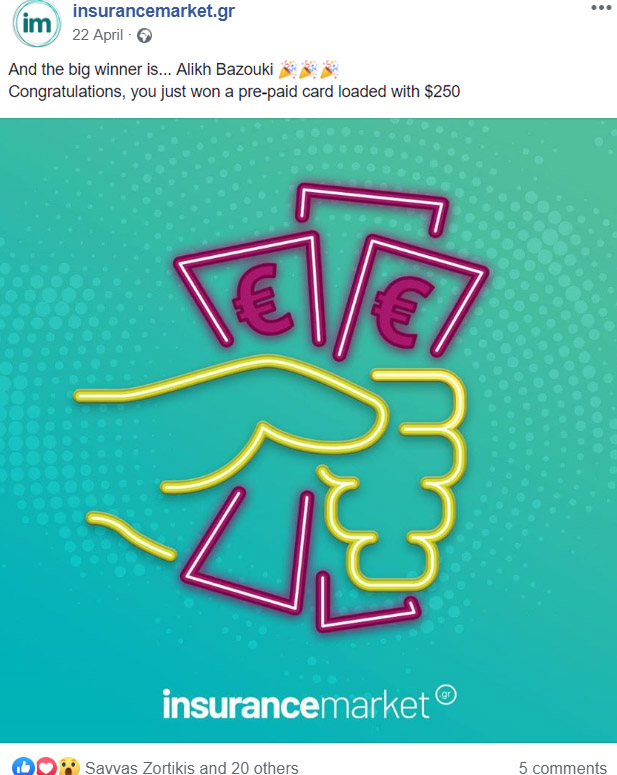 Let’s do some quick math.

Taking all the other expenses in services under consideration, I would say that the actual CPA of the campaign was around $0.15

The mechanics of the giveaway, were simple: After participating, the user was prompted to share about the campaign with their friends in exchange with 10 additional entries for every successful referral.

Important Note: Prompting users to share something in exchange for additional entries, doesn’t comply with Facebook’s TOS, anymore. If you choose to do so, your page may be at risk. Facebook recently announced more changes in Messenger’s policy, and we made an article with everything you need to know.

To kick-off the giveaway with an initial set of users ready to participate (building momentum), Insurance Market decided to run a pre-launch campaign by utilizing Manychat’s Comment-to-Message tool.

The post informed users for the upcoming giveaway and the prizes and asked them to answer a simple question to enter the pre-launch.

The question was straightforward and fully aligned with the concept: “On which side is your car’s gas tank located?” 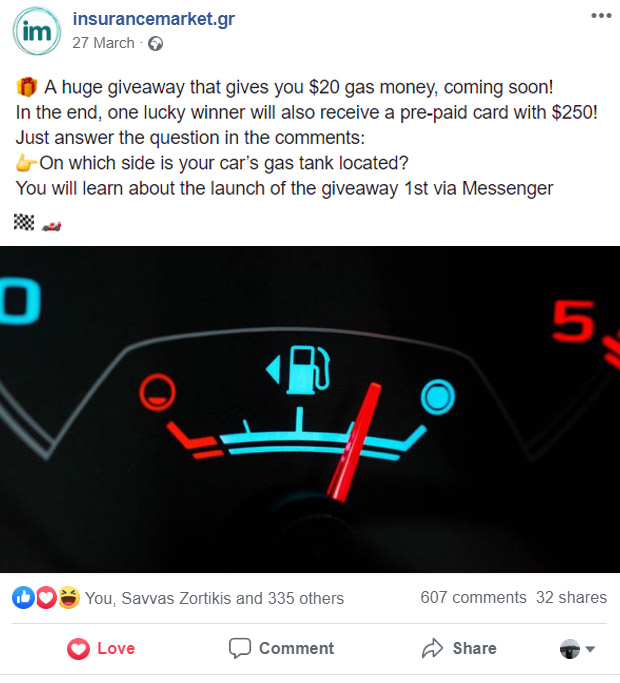 The post promised people that answer the question would be the 1st to know when the giveaway is live.

607 people participated in the pre-launch. That’s a great start.

When it was time for the campaign to go live, they made an announcement, again, via a Facebook post. This time, it was just a regular announcement post that included some critical details for the giveaway, and a link for people to just participating. 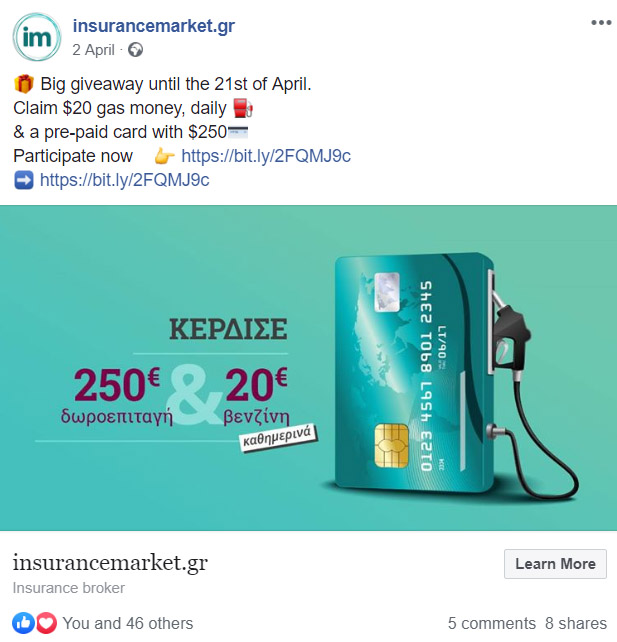 The nature of the giveaway (offering daily prizes), offered an excellent opportunity to acquire more leads, or remind existing one to continue engaging. That was made possible with another Facebook post.

A week after the giveaways premiere, Insurance Market used another post with Manychat’s Comment-to-Message tool.

This time the main message was that the giveaway continues, along with a new question: “How many Km can you go after your gas light is on?” 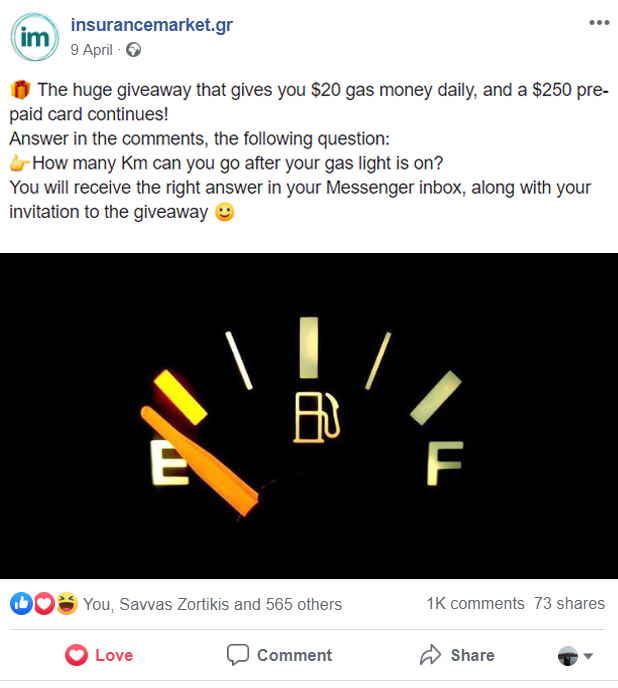 Whatever the source, users received the same welcome message. The message included 2 buttons: 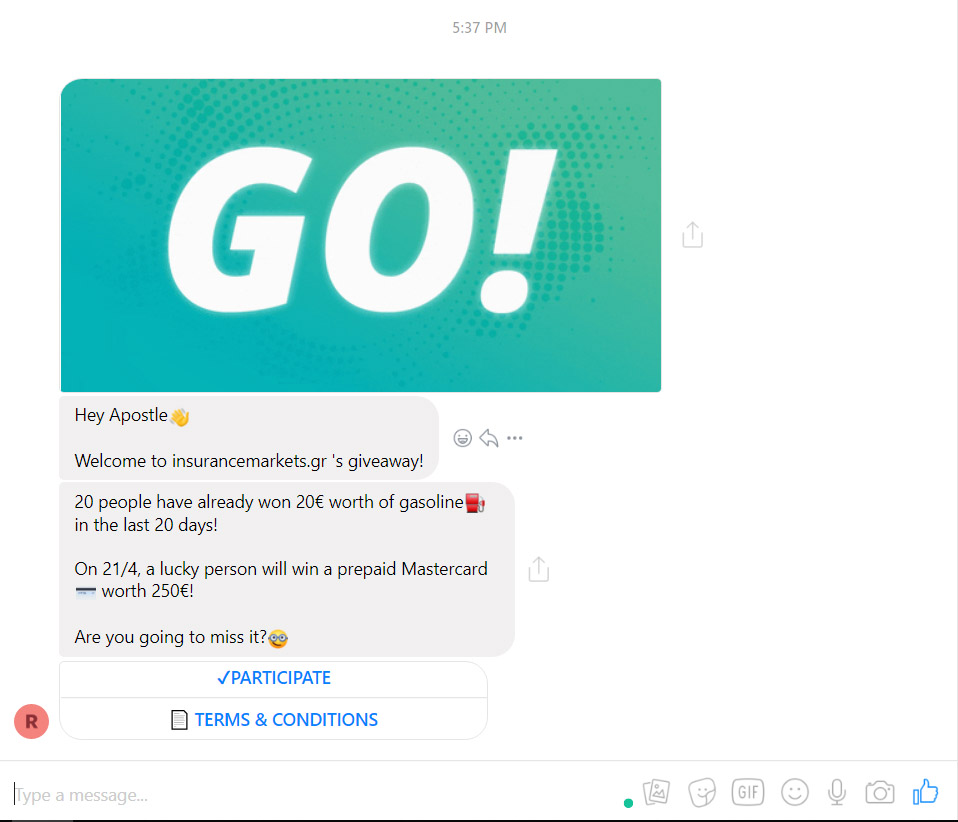 After participating, users received a confirmation followed by the prompt to invite their friends in exchange for additional entries, and the Share Campaign card.

Important Note: Prompting users to share something in exchange for additional entries, doesn’t comply with Facebook’s TOS, anymore. If you choose to do so, your page may be at risk. Facebook recently announced more changes in Messenger’s policy, and we made an article with everything you need to know. 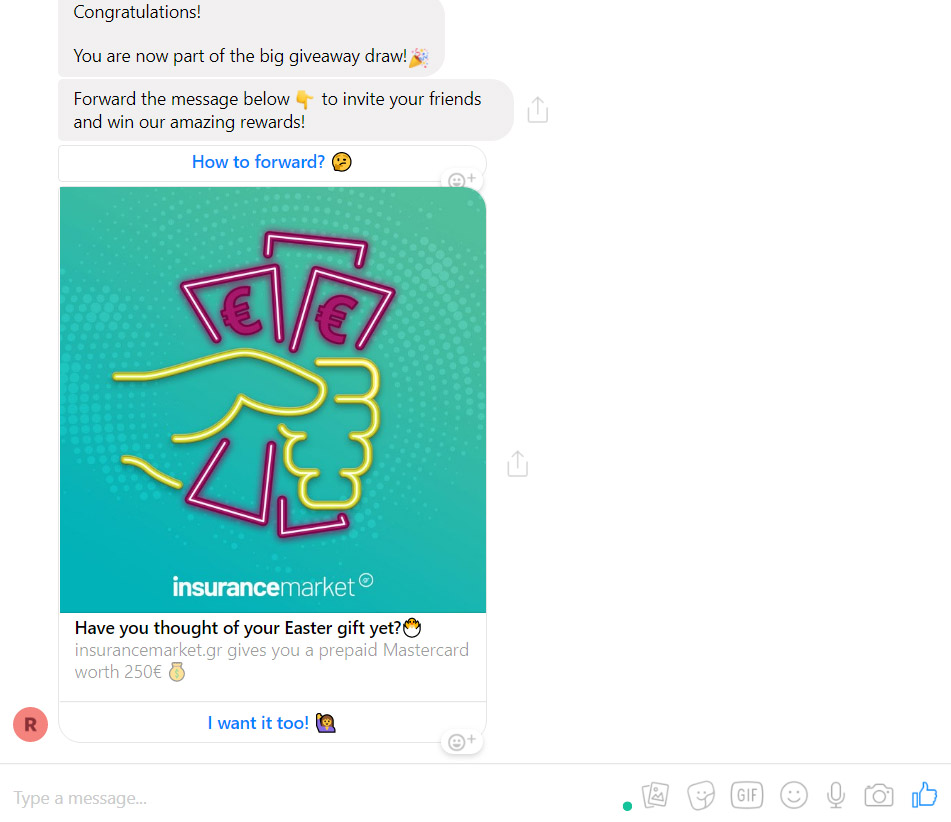 Unfortunately, you can no longer use a share button on the card as displayed above. This is another of the changes that Facebook pushed for Messenger.

Instead of using a sharing button, users will have to forward the message to their friends. All they have to do is:

1. Press the forward button next to the card,

2. Then type or select a contact’s name. 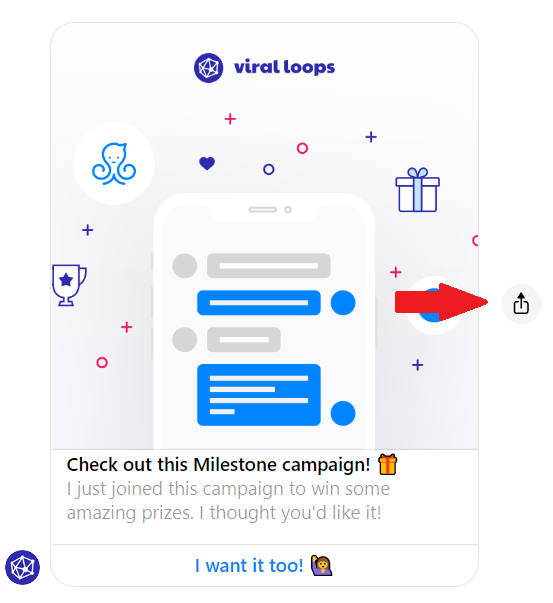 2 days after their participation, users would receive a message thanking them for being part of the giveaway. In the same message, they could view the number of entries they’ve managed to gather. A final message tromped them, once again to share about the giveaway with their friends.

That was the 1st re-engagement message. There was another one following the next days with a similar message.

Do I think that Insurance Market’s Messenger giveaway was successful?

I would never write about it if it didn’t catch my eye. It was carefully executed, and spending $0.15 for a hot lead is perfect.

They had a thorough approach to the audience they wanted to target, and they reflected it both with their prize choice and copywriting.

Their engaging posts (both for pre & after launch) in combination with the “daily winner” approach had a positive impact on the campaign. 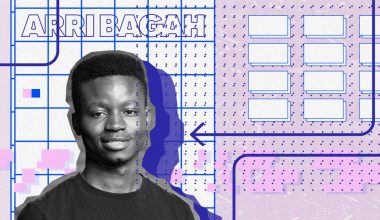 Learn more
Lately we’ve become obsessed with Messenger Bots. Actually, our obsession got us so far that we decided to…
RReferral Marketing Case Study 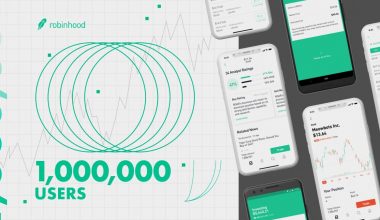 Learn more
It’s a tale as old as time. No, not that one. This one: You get an idea for…