This summer was quite difficult, wasn’t it?

I mean, the Corona situation alone is a big worry to carry every day.

The good news is that this challenge reminds us that we can endure a lot.

We just entered a new season, and we are excited about our upcoming projects. August was a month of retrospection and maintenance (both for the humans of the team and our product).

Nevertheless, our Product team performed a major update for our integration with Mailchimp, and also fixed some bugs.

Let’s see what’s new for Viral Loops users from August and on.

We have updated our integration with Mailchimp to fix some long-standing connection and syncing issues.

The most significant notable change is that we are no longer creating a new list (new called “Audience”) in Mailchimp for each campaign that uses the integration. Mailchimp has stopped allowing multiple audiences in free accounts, and multiple audiences are only available in some paid plans. This would create syncing issues between Viral Loops and Mailchimp.

When you are setting up the new Mailchimp integration, you can choose which Audience to use from your Mailchimp account.

When the integration is connected, any new Viral Loops campaign participants will be getting added or updated in the Audience of your choice, along with the following merge fields:

Custom fields (as the ones captured in the Popup) are not yet synced to Mailchimp, but we are working hard to bring better support for those. Promise!

We figured that it’s essential that people that have unsubscribed from an audience in Mailchimp should not receive campaign emails from Viral Loops. That’s why you can now sync unsubscribes from Mailchimp to Viral Loops.

Customers that were already using the Mailchimp integration can continue using the old version or upgrade to the latest one.

We strongly recommend upgrading as it fixes many known issues with syncing between Viral Loops & Mailchimp. If you don’t see a button to upgrade, this means you’re already using the latest version!

We fixed an issue where the Form Widget would sometimes not redirect to the next page after participation. This has now been fixed.

We fixed an issue where the stats from picked winners were not being calculated correctly.

Mobile view of the Milestone Widget.

We fixed an issue in the mobile view of the Milestone Widget when the campaign had more than 3 milestones. Instead of presenting the user with the first milestone, the widget was navigating automatically to the 2nd milestone. This has now been fixed, and the widget correctly displays the right milestone. 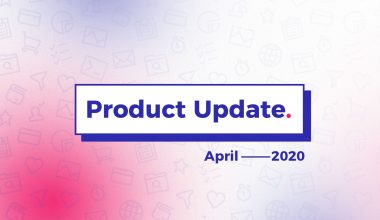 LEARN MORE
For many of us, the last month has been challenging, at least. We hope that you’re all safe.…
PProduct Update 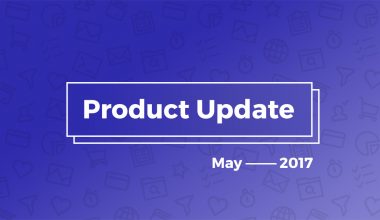 LEARN MORE
Hi everyone, wave It’s been a while since our previous update. From now on, we’ll be sending you…