Getting more waitlist referrals with 2 micro-strategies

A quick intro to waiting lists

One of the most common use cases of Viral Loops is to create a pre-launch waiting list for an upcoming product or event. For example, a business plans to release something great in a couple of months and uses that waiting time to gather interest through a waitlist. The main goal is to prepare an audience of early adopters and get market validation to increase the chances of success when it’s time to launch.
To multiply this strategy’s effect, businesses add referral marketing and incentivise people to refer their friends and reach the top of the waitlist in exchange for something exclusive (early access to the product or early bird tickets for an event). People climb up the waiting list by inviting their friends, and those who reach the top get rewarded.
One of the most famous examples of this strategy is the pre-launch campaign of Robinhood.
In this simple strategy, Robinhood used some excellent positioning to convey the value of their upcoming product and had only one CTA—to get people to join the waiting list.
Upon joining, Robinhood incentivised people to refer friends in exchange for early access if they climbed higher in the queue. The more friends they invited, the higher they climbed.
After a while, Robinhood started onboarding the top waitlist participants in batches—first, they gave early access to the first 100, then to the next 100 and so on.
This way, they had a controlled onboarding that allowed them to make improvements to the product before each next batch. Together, this early access & product improvement loop allowed them to have a solid product when they launched, which helped them have skyrocketing growth.

This strategy works perfectly for the first couple of months, but a big problem emerges after a while—a small segment of the participants is responsible for most of the referrals.
This pattern occurs in various social situations and is usually referred to as the Power Law or Pareto Distribution, which states that about 20% of one group is responsible for nearly 80% of the desired outcome.
After studying the data collected from >4000 campaigns on our platform, we found a pattern. Nearly 30% of waitlist participants are responsible for 65% of all referrals.
This pattern causes various problems for the campaign’s performance:
Combined, these problems reduce the growth rate of the waitlist and leave a substantial Word-of-Mouth growth potential untapped.
Here is a stellar example of referral program growth that maintained a healthy balance of Referrals/Participants and didn’t face the Pareto problem.
So let’s review some strategies to help you maintain a strong Referral/Participant ratio in your campaign and keep a strong growth rate until it’s time to launch.

Plan 2-3 small “competitions” from now until your launch, where you incentivise people to refer only one friend within a short timeframe, say 7 days, in exchange for a small prize. Think of it as a small giveaway where people only get the reward if they refer one friend.

To do this, you should first segment all the people with 0 referrals and create a file to keep track of their referral program performance. It’s wise to only focus on these people to reduce costs (from excess rewards) and create a more even distribution of referrals per participant.
Then choose the reward for the giveaway. It’s best if you find an incentive of less value than what you offer for the top waitlist participants but still worthy for someone to do the work of referring friends.
For example, if you’re a Fintech, you could offer a small amount of money deposited in their accounts on your app once you launch. Overall, we have seen that giveaways work best when you offer something that will provide instant gratification, like a call with the founders or exclusive access to backstage your project for a couple of days.
Note: I wouldn’t recommend hard cash as a reward since people usually exploit such incentives just for the money and not out of interest to your product.
Once you have your target segment and the rewards in place, it’s time to reach out. Send an email to announce the competition, and ensure you emphasise the giveaway part, not the waitlist. It’s essential that people with no referrals can see that they have a chance to win something without being discouraged by their low position on the waitlist.
The best part about this strategy is that people who make that one referral will also climb the waitlist. Then, in their eyes, they just got two benefits, one instant compensation now (part of the giveaway) and a higher waitlist position, bringing them closer to the grand prize. This increases motivation to refer even more friends and feed your growth loop.
How to do it with Viral Loops
You can do this either both with a Zapier automation or manually using Google Sheets or Excel. We showcase this strategy using the manual method and the second strategy using the Zapier method.

This second strategy is about including 3-4 milestones in your waitlist achieved based on the number of referrals one makes, regardless of their waiting list position. With this strategy, you want to get participants at the middle and bottom of the waiting list to refer more friends through a sub-competition for smaller rewards.
Unlike the previous strategy, this can be in place from the beginning of your waiting list campaign since it provides reasons to start referring immediately. It gives a chance to less social people to get the word out—people who would otherwise be discouraged by the number of referrals they have to make to reach the top.
As for the rewards, you can approach this strategy in two ways. First, you can use the instant-rewards approach where, like before, you offer people progressively better instant gifts as they refer more friends—think of backstage access, tickets to an event, call with founders, in-app currency, etc.
Alternatively, you can use a “build-up” approach. The concept here is to break down the grand prize people win when they reach the top of the waitlist into smaller parts that create the grand prize together. Let’s illustrate this with an example.
Imagine you’re a fintech launching an app in 6 months. People at the top of the waitlist get these benefits:
Once the grand reward package is in place, you should break it down into progressively better parts that people “collect” as they reach the top. For example:
This way, you distribute the rewarding satisfaction through the referral process and make it more enjoyable for more people to refer friends.
How to do it with Viral Loops
For this strategy, we’ll try a different approach using Zapier. Here’s what you need to do:
If the connection is successful, Zapier will automatically add participants to the sheet like this:
In the 3ed step, you only have to select the row based on the Row field from the previous step (Lookup Spreadsheet Row) and update the Referral Count with the new value from Viral Loops.
The 4th step, the “Paths”, is where most of the magic happens. You’ll need to create 4 paths for each milestone. You should first set the path rules inside each path to match the referral count for a given milestone. Then, you should create the rest of the rewarding flow, which could include an automated email to the participant.
For example, for the second milestone achieved with 5 referrals, your path rules should look like this (At the moment of writing this, Zapier offers no “equals” operator, so we have to use both “Greater than” and “Less than”):
We use the Gmail integration for the email, but you can use any other tool you prefer. Make sure you use the Viral Loops Participant Email field as your destination address.
Lastly, in the last step of the path, we make another action to “Update Spreadsheet Row”, where we use the same Row field (retrieved in step 2 of the Zap) and update the “Milestone” column to state the 2nd milestone. All other fields remain the same.
Repeat this process “Path” setup for the rest of the milestones, and the automation is complete.
Note: If you keep track of your waitlist participants using a more advanced database system, you’d want to update each user inside the different paths. You can do this using Zapier’s native integrations or Webhooks. 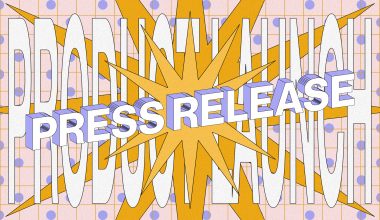