This is an opportunity to express our gratitude for your support and update you about the things that changed inside Viral Loops the previous month.

We managed to have some major updates regarding requests from our users, and I can say that we are really excited about it.

Here’s what’s in for Viral Loops users, from March and on..

This creates some new API calls for running campaigns with the Leaderboard Giveaway / Startup Pre-launch templates. See the documentation for the new API calls.

This changes the campaign creation process for Messenger Giveaways. Check it out and give us your feedback!

Navigating to “Last” page of participants.

This fixes the bug where the users could not go to the last page of their participant’s list in the Campaign Dashboard.

This fixes the bug where some text editors in the Campaign Wizard did not accept line breaks. The user would press enter but the text would still stay in one line. For example, this happened on the pre-filled email sharing text.

This fixes the bug where some CSS in the Referral Page in Shopify campaigns would not render correctly and the style was not being applied properly.

Copy icon in popups inside the wizard.

This fixes the bug where the icon was not being displayed on the “click to copy” button in the Campaign Wizard for the Tempting Giveaway – Leaderboard Giveaway – Startup Pre-launch templates. 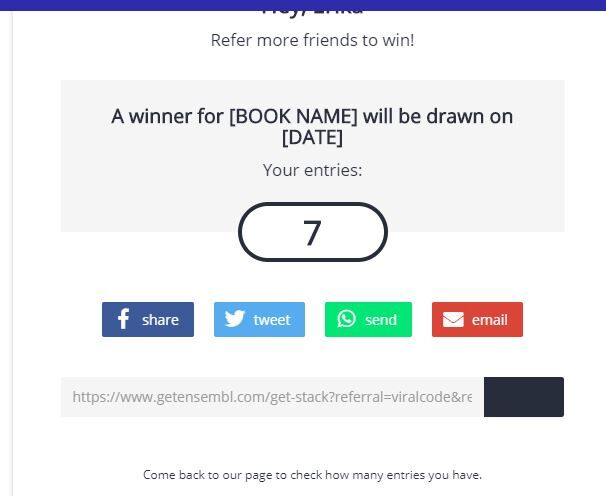 This fixes issues that would come up if the user changed something on their Shopify store, such as changing the store URL, closing the store etc. 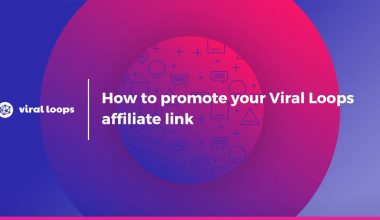 READ IT NOW
Before I proceed with giving you my tips for promoting your Viral Loops affiliate link, I feel the…
RReferral Marketing Case Study

READ IT NOW
Everyone is buzzing about you… Sales are rolling in… Until… BAM! Your company hits a wall. The PR…