Why we decided to build Viral Loops in public

We officially launched Viral Loops last month. For those haven’t heard it, Viral Loops is an all-in-one viral and referral marketing platform.

The last couple of weeks we’re working on a new feature and after 2 sprints and a lot of brainstorming, we came up with some user stories. So, we designed the basic user flow in the app.

Next steps? Create some functional mockups, design and develop the feature.

But when do we get user feedback? Did we forget our users? The point is, that we’re trying to make an idea into something real without knowing the reality.

Believe me, you don’t want to end up with this.

The real goal here is to learn faster than others. Only your users will help you achieve this. It’s like a “we’re in this together” thing. Pure love ❤️

We’ve been inspired by the transparency of Buffer, Product Hunt and Crew. They write about how it is to run a company from nothing, fail, get up and start again. In any case, it’s a dose of motivation for many entrepreneurs.

That’s why we decided to take the leap and build Viral Loops in public. ????

“ Meaningful growth is something beyond tactics, growth is a mindset applied to your product which helps your customers get happy.

By getting people involved in your development process, you become more transparent and approachable. Give people the opportunity to see what you’re making while you’re making it. This empowers your company with the great sense of “help me build this for you.”

That’s what we’re going to do, but we’ll start with baby steps. We’re opening our development process for new features to our users and subscribers.

Yes, most probably we’ll change this a bit. But the idea is to let users get a feeling of what’s coming up and get their input early on.

How are we going to do this? Each time we’re in the process of building something new, we’ll try to get feedback in every single step and engage our community. So, we’ll follow the 4 steps below:

Benefits of Building in Public

The benefits of providing a sneak peak and involving users in the development process, are:

One of the best ways to evaluate your ideas is to get feedback early on. Feedback, ideally in the early stage of the design, results in a better product and less waste. This means more happy customers ????

We love sneak peaks. People get excited when they see the “behind the scenes” work of a startup. This can also bring more word of mouth for your company, because you make them feel like insiders.

Jonah Burger, marketing professor at the Wharton School at the University of Pennsylvania, mentions at his bestselling book, “Contagious: Why Things Catch On” that this type of social currency can drive word of mouth for your product.

By letting people contribute actively to your product and telling you what they like and what they don’t, you make them feel owners of the product they use. And you also build a great community.

Inevitably, this increases engagement and loyalty, which leads to betterretention. And we all know what good retention means for a startup.

In his book, Hooked: How to Build Habit-Forming Products, author Nir Eyal, writes,

And this is just the beginning

This is only the beginning of building Viral Loops in public. We’re gradually going to uncover more aspects of our company, and not just the product development process.

We strongly believe that if you put something that’s helpful out into the world — something even better will happen at some point. But even bigger than that, you might inspire someone to make an even greater positive impact or just build something really cool.

We’d love to get your feedback and share your experience if you’ve done this in the past. We haven’t built in public in the past, so feel free to leave a response.

If you’d like to build Viral Loops together, join our community. 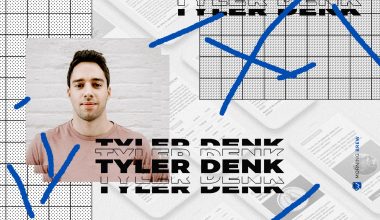 Learn more
Newsletter Referral Programs is our new thing. We’re always on the look for amazing campaigns that we feel…
RReferral Marketing 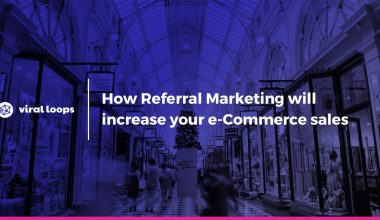 Learn more
When buying a new car, what’s the first thing you do? If you’re like the vast majority of…