Word of Mouth Marketing: The future is now

The first question that emerges when discussing any possible solution to a problem is ‘why?’

Why virality and word of mouth?

I would say because it’s a marketing channel based entirely on your product and it doesn’t rely specifically on any other channel.

Then I would provide extra support to my argument by saying that word of mouth is the primary factor behind 20% to 50% of all purchasing decisions and also it’s 10x more effective than traditional advertising, as people are really sick and tired of being pushed to buy things.

Relying on ‘rented’ space to acquire loyal customers, is a risky practice.

Plus, by increasing virality,  you decrease your CPA as more people get to use your product by keeping your marketing budget at the same level.

I bet that you hear a lot about the power of word of mouth. But what is it really?

Word of mouth is a phenomenon where people love something so much, they just cannot stop boasting about it, until everyone gets to try it.

And if anybody has something bad to say about it, then these passionate fans are able to go full berserk in order to protect it.

It sounds stupid, but it happens.

Let’s see 4 simple things- at least in theory, you can do to generate word of mouth for your product:

Actually, about customer support, I have a funny story.

During a marathon troubleshooting session, a  support engineer of Rackspace heard the customer was hungry, so she ordered them a pizza! How can the customer resist to not talk about this?

Another funny case is Shazam. Its users didn’t even have to talk about it!

When scanning for a song using the app, they would hold their phone near to a speaker. That, of course, raised the obvious question around them:

‘Dude what are you doing?’

Some great Word of Mouth examples.

TOMS is a very interesting brand. The brand’s story is killer.
A guy who lost in the final of The Amazing Race, saw first hand the need for shoes of kids in Argentina, and decided to make and sell shoes, donating one pair for each pair sold.
I don’t know if Blake Mycoskie is actually that angel of a person, but I know for sure that the majority of people would want to be that kind-hearted.
That feeling- of doing a good thing, gave TOMS incredible leverage and allow the brand to expand in other industries as well (like sunglasses and coffee).
“We’re in business to improve lives” in the title of the TOMS website.
Apart from the “buy one, donate one” approach, the brand found other ways to reinforce word of mouth for their activities.
“One Day Without Shoes” is a great example;  the challenge was to spend a day in public without shoes, to empathize with the children that don’t have a pair to wear.
Today, TOMS donated 45 million pairs of shoes to charity and allowed its customers to help another person.

Coca Cola is the 5th biggest brand in the entire world. The company’s marketing campaigns are so legendary that some people still believe that the brand is responsible for the image of Santa Claus- which is not true.
But if I had to choose one of the company’s campaigns as a great example of word of mouth marketing, that would be “#ShareaCoke”.
This global campaign was based on the idea that if a consumer saw their names or their friends’ names on a Coca-Cola can or bottle, they would be more likely to purchase it.
The campaign became a sensation, with people using the hashtag on their social media account. It was so big that after a point they were using coke bottles to photograph their pets.

Even though the campaign is over, it seems like there was a demand for personalized bottles, so Coca Cola now offers the option to print your own custom Coca Cola bottle, and buy it.

The streaming giant/film production company knows to do 3 things:
Just about a week ago, a Twitter user posted this:

Of course, this advertisement went viral. But it’s not the first time that Netflix uses a real situation, or trend to make people talk about it.
I guess you’ve heard about “Netflix & chill”. The term appeared for the first time around 2010 but eventually got a spot in the Urban Dictionary. More people started using it regularly. Even parents got into the game- with a few hilarious results.

But Netflix’s success couldn’t rely on clever ads and slang language. The product itself makes people talk about it. I swear, every week I have another friend telling me about a new show they found on Netflix.
That’s because Netflix is well aware of what kind of shows/movies/series my friends enjoy. Since the very beginning, the service started tagging their content thoroughly, which gave them an immense amount of data for their user watching habits.
Satisfied customers are bound to talk to their friends about your product.

I have a friend that is the athletic kind of person. He does yoga, Brazilian Jiu-Jitsu training, swimming, surfing. He also does CrossFit training 1 per week.
He asked me why I don’t go CrossFit training with him.
“Isn’t it a bit intense?”, I asked.
“Yeah, you’re probably going to vomit in the first session”, he replied.
I don’t want that kind of exercise in my life at the moment. But still, what makes a person to be willing to endure that much intensity?
Let’s take a step back.
I always thought that CrossFit was a type of training, but as I later learned it started as a company. And the company crossed its way to being a lifestyle. It looks like people not only can endure the intensity, but they also can’t shut up about it.
Here’s one of the reasons: This is a CrossFit board. You’ll find one in every CrossFit gym, and its role is to keep track of each member’s performance, inspire them to become better and create a healthy competition among members.
The first time I heard about CrossFit, was when someone told me that they are very sore, but it was worth it because they broke their pull up record during their CrossFit training.

Virality Vs. Word of mouth

So, what’s the difference between virality and word of mouth?

Virality is a phenomenon where people spread the word about an offering, in the context of using it, rather than loving it, which is what happens with word of mouth.

In other words, virality has always to do with some sort of reward. Love, on the other hand, is unconditional.

I have 2 examples for you:

Kickstarter leverages user campaign for virality, as when a campaign creator spreads the word about his project, he helps Kickstarter reach higher user adoption.

The same mindset applies to product hunt. When a hunter submits a  product, both the hunter and maker spread the word about it,  bringing in more people in the platform.

Now, we know that both virality and network effects lead to growth but they are not the same by any means.

Eventbrite, for example, uses virality but not network effect, as in order for the organizer to get more registrants for their event, they have to spread the word in other platforms and external networks.

On the other hand, a platform like LinkedIn is designed to use network effects as you have to be a LinkedIn member in order to connect with other people through it.

As you can understand, virality is a business design problem and not just a marketing strategy. You have to make it part of your business model in order for it to work.

Now, there are 2 types of virality which I will explain and I’ll also give you some examples to get inspired by how you can get them to work for you.

First, we have Pull Product Virality (PPV), product virality where existing users require people in their network to join to gain value out of a feature.

You can see that type of virality on an app like Splitwise where you need friends on the product to input money owing and money lent. Or, with Whatsapp where you should have your friends and family in to communicate.

Snapchat also works the same way because need friends in Snapchat to see snaps and be seen.

Then, we have Distribution Product Virality (DPV), product virality where existing users spread awareness of a product to their network.

If a tagged friend wasn’t on Facebook, she would receive an email prompting her to create an account.

How to measure Virality

The way that someone can measure virality is through the calculation of viral coefficient or the k-factor.

The k-factor is the total number of registrations per unique inviting user.

I will get you out of the trouble to look for industry benchmarks on that by saying that for a consumer internet product, a sustainable viral factor of 0.15 to 0.25 is good, 0.4 is great,  and around 0.7 is outstanding.

But here’s the problem:

When our viral factor is less than 1, we acquire users at a decreasing rate until we grow no more.

That isn’t an outcome that anybody wants, so is there something we’re missing?

Yes! We are missing all of the other channels with which you can acquire users like the Press, direct traffic, inbound marketing, paid advertising, SEM, SEO etc.

You see it’s truly rare to attain a viral factor of more than 1.

As I told you, you can measure virality by using the k-factor, but this is just an indicator of how your referral marketing works.

In order to see how virality affects your overall growth, you have to take into consideration your amplification factor.

The number of users acquired through non-viral channels by our ampliﬁcation factor will reveal the real growth of your user base.

You can calculate the ampliﬁcation factor by dividing 1 by the result of subtracting of your viral factor from 1.

In case I messed you up, you can see the equation in the image above.

Apart from your main marketing funnel, you can have multiple sub funnel, and your viral loop is no exception.

You should treat your viral loop as a funnel with several stages that can be optimized, so as to maximize your viral factor.

Here’s a basic anatomy of a viral funnel: 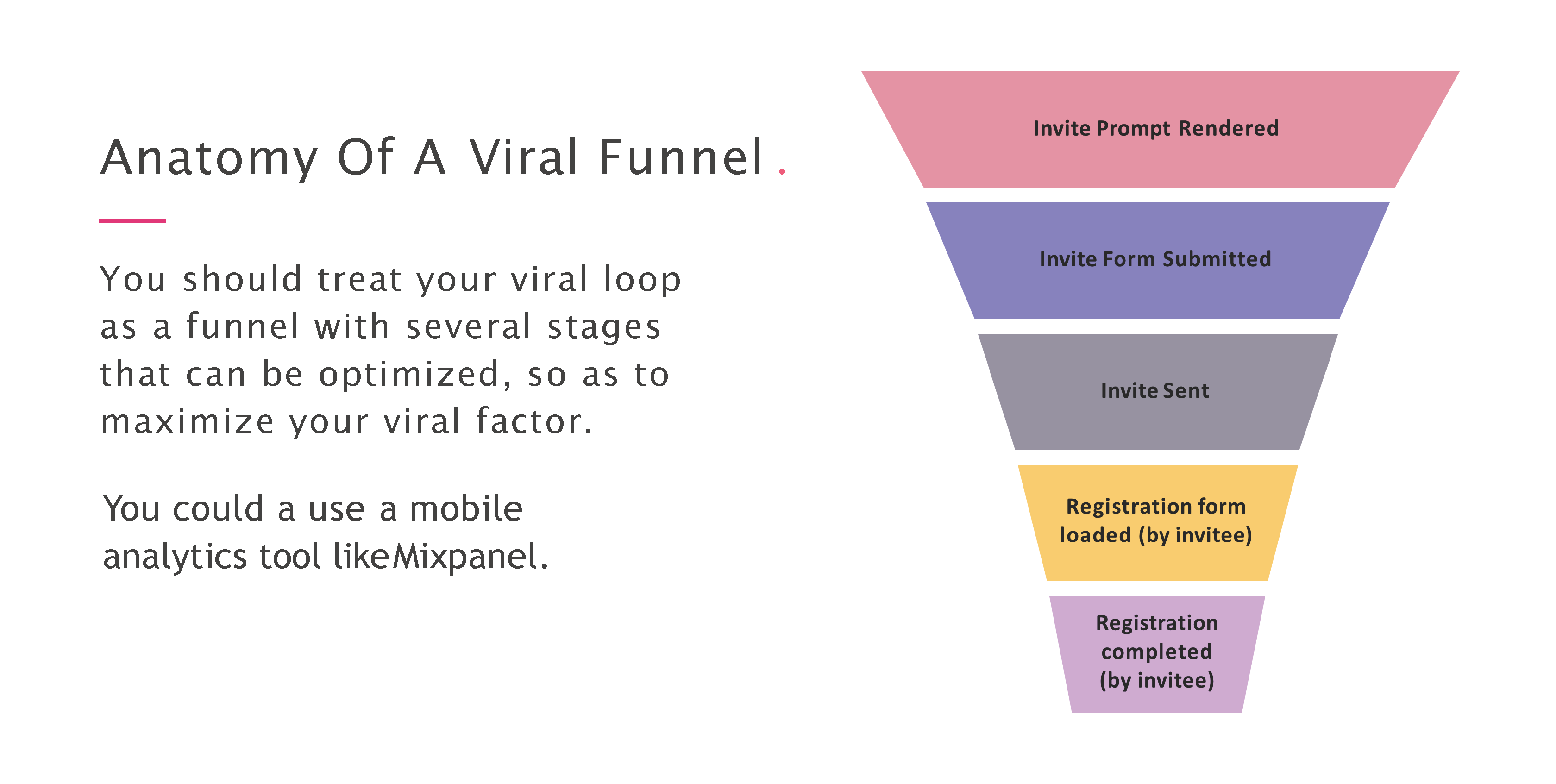 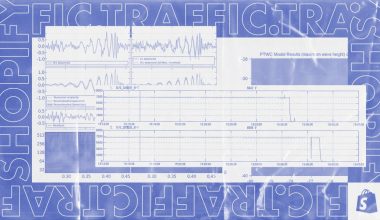 Learn more
Most things in life are rather simple, but at the same time, they are not. In the digital…
RReferral Marketing Case Study 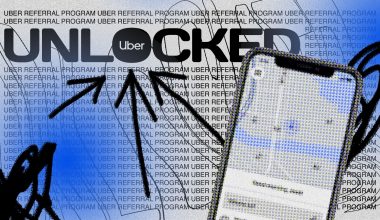 Learn more
Uber became a cultural phenomenon. Is it because of the $24.7B in funding, the never–ending feud with cabs,…