MailChimp Made Its Mark With Masterful Giveaways And Funky Swag

Whether you’re heading to an event and need swag for your promo table, or trying to increase brand name recognition, every company’s got a use for swag and could benefit from a well-planned giveaway.

But that’s also the problem, isn’t it?

Every company gives stuff away.

That means, your customers already have a drawer full of pens, tees, squishy stress balls and glossy stickers from the last event they went to.

If you want to be different and have a meaningful, memorable, sure-to-keep-your-company-top-of-mind giveaway, then it’s critical you treat the swag process as more than the act of thumbing through a promotional catalogue or website. 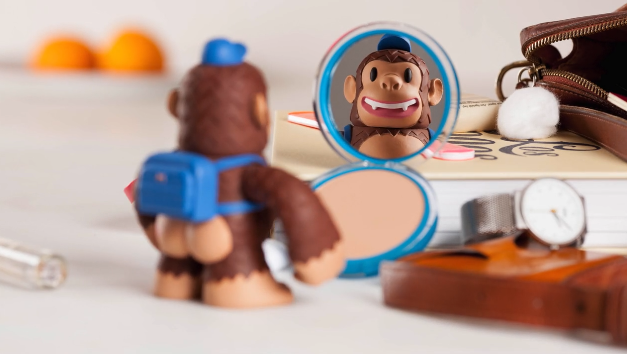 One company that’s done just that with surprising—even weird—swag? MailChimp.

Everything about their brand, in fact—from the cheeky monkey, Freddie (no offence Lil’ Poogy), to their approach to design.

We even tried to get a tour of its headquarters in Atlanta, Georgia, the last time we were there. But no success.

If their rate of growth is any indication, we’re not the only ones feelin’ the love.

Since the company’s launch in 2001, this self-funded email marketing platform has grown like crazy, gaining 14 million users and reaching $400 million in revenue just 15 years since its launch.

While their drool-worthy swag and engaging rewards aren’t the only reasons for company growth, certainly they’ve played a part in building the brand and its reputation.

These forward thinkers have created some of the most sought-after merch we’ve seen to date.

What’s their recipe for giveaway success?

Let’s take a look at these MailChimp-inspired giveaway tips.

According to Mailchimp, choosing the right merch begins with thinking about giveaway products from the right perspective.

While the Atlanta-based team hopes to yield a return on its investment, they’ve asserted that there’s no way to determine with certainty if the latest MailChimp colouring book, MailChimp windbreaker or Freddie & Mannie stationery picked up at a giveaway table will result in a sale.

But it ultimately doesn’t matter, because giveaways are all about the customer experience.

Let’s make this idea real: What would you think if you received as a gift the latest piece of swag your company ordered?

Would you respond with “oohs and ahhs” and couldn’t wait to use it.

Would using the gift make you feel like a kid again?

If you’d be less than impressed, then why would you expect your customers to feel any more enthusiasm?

You already care about your company, but your customers don’t…yet.

Endear your customers to your brand by selecting swag that creates this feel-good moment.

It’s like giving your customers a hug, but with swag.

Because let’s be honest, pens and mugs can be cool. But a monkey pen holder that lives well beyond the life of my Bic pen and sits on my desk for years to come, well that’s so much cooler. 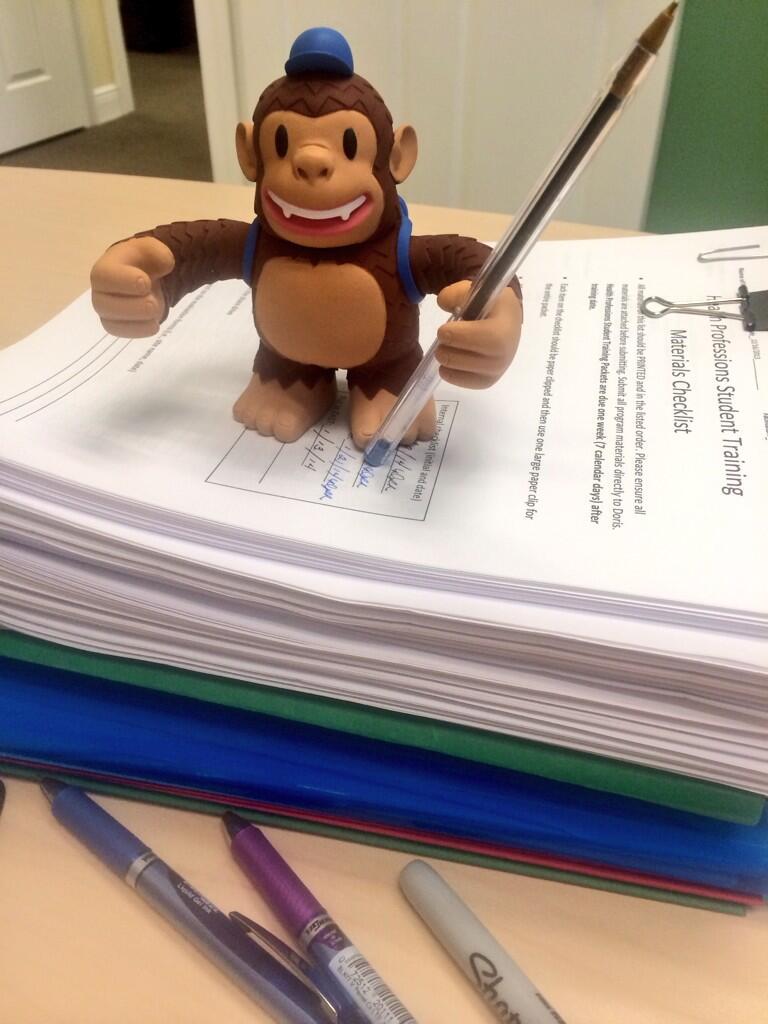 MailChimp didn’t have to guess whether customers would think the swag was cool. From assessing the softness of Freddie plushies to ensuring the durability of tote bags, to trying on winter hats, MailChimpers selected and tested each gift with care in-house.

To make sure that the treats used to tempt their customers are adequately…well…tempting.

Their merch is so tempting, in fact, that people have begun to collect MailChimp swag—some even willing to buy MailChimp merch that may have once been free.

In their nearly two decades, MailChimp has done quite a lot of memorable stuff—but almost nothing quite as notable as one particular giveaway.

And no, we’re not joking. 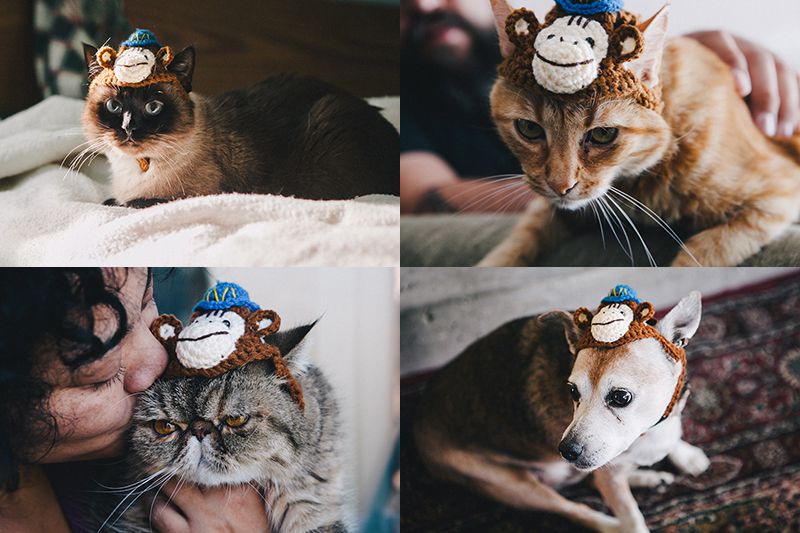 In a killer contest, which ran in November of 2012 on Facebook, MailChimp offered participants crocheted hats for cats (and tiny dogs, too).

All a pet-parent needed to do to earn a chance to win one was to sign up for MailChimp’s email list.

This ingenious event was the perfect storm of giveaways, bringing together both the already viral nature of cats and people’s love for their pets and need to post pet pics on social media.

The result? Tons of hats for a ton of cats needing to be sent all over the world. Who’s gonna handle manufacturing and logistics?

Fortunately, MailChimp figured this out before they promised to deliver feline headwear. By partnering with manufacturing and fulfillment company Amplifier, MailChimp prepared to deliver on promises.

MailChimp valued Amplifier so much that they considered this company their secret weapon, keeping their relationship secret for quite some time so as to not lose their competitive advantage.

And then there are the social giveaways that ask you to follow 5 different people, comment on a photo, tag three friends and send in your email address.

I don’t know about you, but the prize would have to be seriously awesome for me to go through all of those steps.

If you want your customers to participate (let alone remember you), you need to give them something memorable, delivering your giveaway in a decidedly distinctive way.

That’s exactly what MailChimp did when it gamified its Freddie squishies giveaway.

Website visitors enjoyed an interactive landing page, full of animated objects, that encouraged them to search through the items, looking for the hidden prize. Only when they found the reward and clicked on it could they enter.

Giveaways and swag helped MailChimp become the inbox dominators they are today, but that feat wasn’t achieved simply by the acts of running the giveaways and handing out the swag.

It’s the way in which they approached, planned and implemented these promotions that’s made all the difference.

So, do you want to create a campaign similar to Mailchimp? We’ve got you covered.

This template is inspired by Mailchimp.

People can join your competition, just by putting in their info. You give them the chance to increase their chances of winning by referring their friends, every friend is one entry. 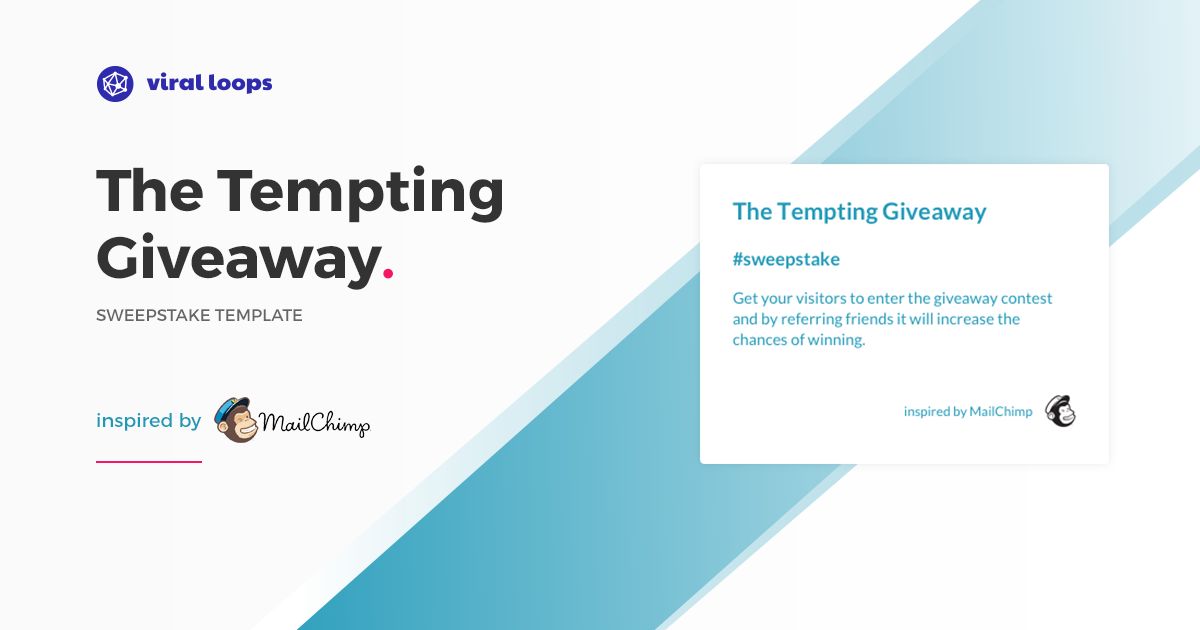 In case you’re interested to build a giveaway like Mailchimp, we have your back! Save yourself some time. 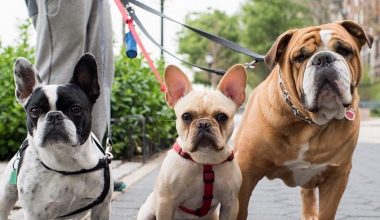 Learn more
“Hello, this is awesome support” Startup-ing is hard. You have A LOT to do. Especially in a small…
RReferral Marketing 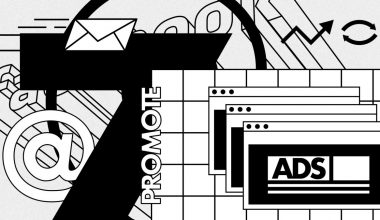 Learn more
Your Referral Program’s Promotion is vital! Referral programs managed in 5 short years to become THE thing for…